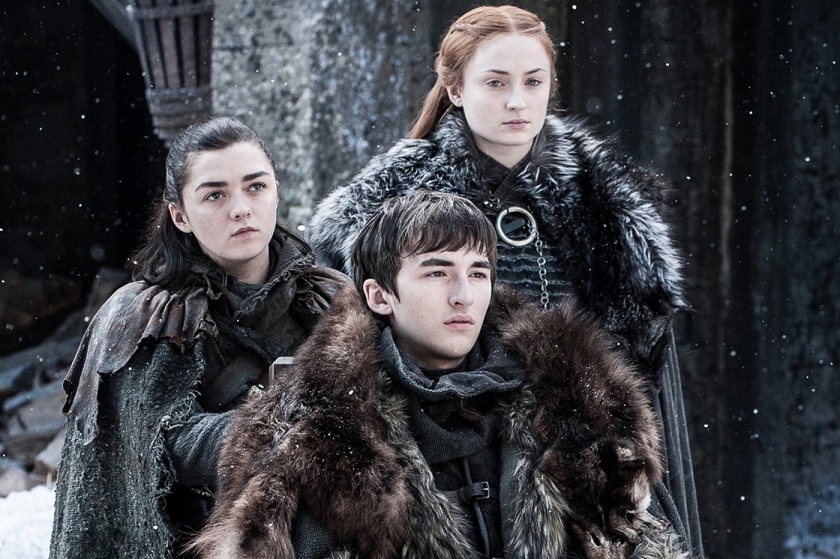 Game of Thrones has been fascinating a large number of people around the world for years now. However, part of the population still haven’t heard or seen the various House sigil and their motto.

The TV series which counts seven seasons of ten episodes each is being celebrated on Sunday evenings in many households as family or friends gather to watch and comment the phenomenon. It also seems like people can’t get enough of the actors playing the different heroes of the series as they are not only followed on Instagram, Facebook, and other social media accounts but also stalked in their real lives.

The series is based on the art of ruling. In every episode, new plots appear to place the characters in a fight for power. Compromises, revenge and cheating plans are being put in place while love and hate fuel their world. Everyone tries to get to the top of their own house and rule the whole kingdom. Each house has its own battle rules which can be understood by looking at their sigil and reading their motto.

In Game of Thrones there is so much political intrigue between the nine noble family houses of Westeros that it can become difficult to follow who’s who. To help you keep everything in order, you will find below a quick guide to the noble houses of Westeros, including each house motto and a description of their sigil.

The Houses below are the most powerful houses inside the Seven Kingdoms. They only answer to the King of the Andals and the First Men, except for House Martell who has kept their independence, resisting to the invasion of the Targaryen. All families have many vassals and territories under them.

Before the arrival of the Targaryens, all territories were independent and were ruled by royal families. Some of the families were destroyed during the conquest while others were replaced or had to swear allegiance to King Aegon. He chose to establish himself in King’s Landing where he sits on the Iron Throne.

Each House still rules over its own territory and is responsible for collecting taxes and raise troops to fight for the king, whenever necessary.

Coat of Arms: A gray dire wolf on a white background.

Stark is the main house of the northern lands. It had ruled the whole of the north for thousands of years before another family conquered the Seven Kingdoms: The Targaryens. The Starks have now become Lords of Winterfell and Wardens of the North.

Coat of Arms: A gold lion on a red background

They are the richest family in the Western part of the kingdom as they are sitting on gold mines. They ruled the West before the arrival of the Targaryens and are now Wardens of the West.

Coat of Arms: A three-headed red dragon on a black background

They came from the continent of essos to the Seven Kingdom and conquered it by using dragons. They ruled the kingdom for 300 years until Robert Baratheon and Ned Stark led a rebellion to depose King Aerys.

Motto: “As High as Honor”

Coat of Arms: A white moon and falcon on a blue background

House Arryn is the principle house of the Vale. Its main castle is located in the mountain and called the Eyrie. It is the mother Lysa who is acting as regent while Robert grows up.

Coat of Arms: A golden kraken on a black background

Coat of Arms: A gold spear piercing a red sun on a gold background

The Martell House is the only one that did not get conquered by the Targaryens and remained independent throughout their whole dominance. They live in Dorne and stay away from the other families as much as they can.

Coat of Arms: A golden rose on a green background

House Tyrell is the principle house in the Reach, located in Highgarden. They were named Tyrells Lords of Highgarden after the king of the Reach was killed. Their women are clever leaders.

Motto: “Ours Is the Fury”

Coat of Arms: A black stag on a bright yellow background

The Baratheon is the youngest of the noble houses inside the Seven Kingdom. They reign in Stormlands, and their castle is based in Storm’s End.

Coat of Arms: A silver trout on blue and red stripes

The House Tully is located at Riverrun in the Riverlands. They are the exiled house of Westeros.