Do you know Malocchio, the Italian Evil Eye Superstition? 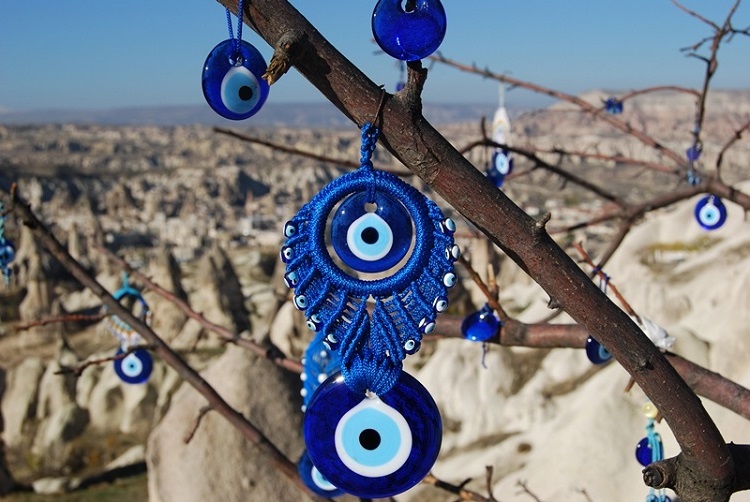 Superstitions are still going strong in some of the old countries. In Italy, one of them is called “malocchio.” That is when someone gives you the evil eye, because they are jealous or envious. This look is believed to cast a spell on you and cause you physical problems and misfortune. Here is some more information on malocchio and how you can protect yourself from the spell.

Malocchio is made out of two words linked together: mal and occhio. The first one means “bad” and the second is “eye.” It can also be called, or pronounced maloik. It is based on a legend that believes someone can curse you, just by giving you the evil eye (a jealous look). The result of such a glare is usually misfortune, sickness or injury to the one who receives it. Others believe a supernatural force is responsible for the evil eye, and that it casts its spell upon those who are jealous of others, especially pristine souls.

How to Protect Yourself from the Evil Italian Eyes

Thankfully, there are ways to protect yourself against the Italian evil eye curse. In fact, most people in Italy keep a protection at all time, just to be safe from the spell. If you go to this country, you are bound to cross paths with the malocchio horn. It looks like a chilli pepper and it is often painted in the same red colour. You will also find it made out of coral, gold or silver. Most people leave one somewhere in their house to protect it and keep one on them as well, most often in their wallet. Sometimes they even leave one in their car, tying it to the rear view mirror. There is also jewellery available, made to be worn on a necklace or a bracelet.

This tradition started long ago, when the horned animal was considered sacred. They called it the Moon Goddess. Their popularity has not weakened since. In fact, it has grown, bringing it to a level where it now represents pride, for many Italians, especially in the South. Since a large population has immigrated to North America, it is not uncommon to find the malocchio horn in Canada or in the U.S. as well.

The Religious Way – The Malocchio Prayer

Italy is the heart of the catholic community, thanks to the Pope and the Vatican in Rome. Therefore, it doesn’t come as a surprise that they have mixed pagan myths to the catholic religion, to protect against the evil eye. The superstition says that if you want to learn if you under the spell from an evil eye (malocchio), someone other than you needs to let three drops of olive oil fall into a water bowl, while you are present in the room. If it forms an evil eye than you know you are under the malocchio.

A Mediterranean and Asian Belief

Italy is not the only country to believe in the evil eye. The belief dates back to ancient Greece. It can be found in many texts that have made their way through time, all the way to us. Western studies suggest that it may come from even farther back in time, all the way to the Sumerian civilization and that it would also have Egyptian roots.

If you go to Greece, you will find a talisman featuring an eye inside a blue circle, called “nazar.” It is extremely popular all around the country. Like Italians do, Greeks place them inside their house, for protection against the evil eye. You will also see it in most Middle Eastern countries, as well as other European ones like Portugal and Southern Spain. Countries in America, such as Mexico and Brazil, also have their own version of the malocchio. When you visit one of these countries, you will find the nazar or another version of the evil eye in souvenir shops, so you can bring one home and protect your family as well.