What’s the meaning behind the green and white flags? 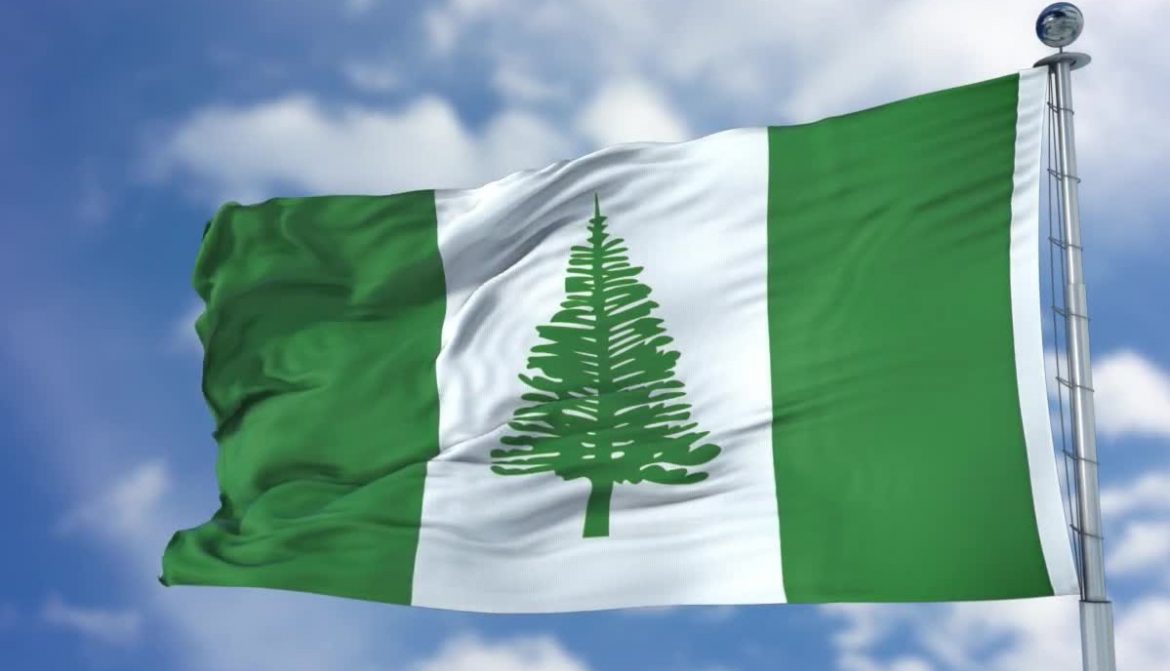 As you may already know, the significance of a flag is often depicted by its design and its colours. You probably saw it before in a cartoon or a war film, when a character pulls out a white flag. Such a small detail, but we all know what a white flag means in such context. That being said, let’s see what the green and white colours mean with the following flags below.

Let’s start our list with this peculiar flag that is the Norfolk Island flag. First and foremost, this small island is located in the Pacific Ocean between New Zealand and New Caledonia, on the East side of Australia. This external territory was once owned by the United Kingdom, but was handed over to Australia in 1914.

On the flag, we can notice 2 green vertical stripes and a large middle white stripe with a green pine tree in the centre. Why the pine tree on the Norfolk Island flag, you may ask? The answer is actually quite simple. Pine is the major key export of Norfolk Island, thus why it was officially decided and accepted in 1979 by the island’s council to become the official emblem of the territory.

In the second position, we have the intriguing and beautiful flag of Saudi Arabia, also known as the Kingdom of Saudi Arabia. In its centre point, we can see an Islamic/Muslim creed (Shahada) which translates to: “There is no god but Allah; Muhammad is the Messenger of Allah”. Under the Arabic inscription, a white sword is laying down and pointing left.

Moreover, the script and the sword are placed on a green background, which represents the strictness in applying justice. This flag emblem was officially adopted in 1973 and has remained almost the same since, aside from a few minor adjustments through the years with the sword, for example. As a final note, know that the sword on the Saudi Arabia flag points left to show the way of reading the Shahada script, from right to left.

Furthermore, you can find the same tri-band in the coat of arms of Rotterdam, normally from a vertical standpoint, thought. The latter consists of a tri-band shield topped by a crown and with 2 golden lions on each side. Finally, you can also find 2 red lions and 2 black lions under the crown, who represent the 2 red Dutch lions and the 2 black Hainaut lions, accompanied by the motto “Sterker door strijd” which means “Stronger through effort”.

You might have seen this flag during conservative protests in the 2010s happening in the United States, but actually, the Pine Tree flag history goes back a very long way. The latter was indeed adopted in October 1775 as an emblem for a squadron of six cruisers commissioned under George Washington’s authority.

On a white background, we simply see a pine tree and a giant script at the top that reads: An Appeal to Heaven (or sometimes An Appeal to God). The pine tree has been a symbol of peace in New England for many centuries. Moreover, the leaders of the 5 nations, the Seneca, Cayuga, Onondaga, Oneida, and Mohawk, buried their weapons under a pine tree after years of wars.

Now in 5th position, we have the Esperanto flag that has seen many iterations through the years. Esperanto is a movement and at the same time an organization that aims at having its own auxiliary language. Just to paint a clearer picture, the Esperanto language has around an estimated number of 100 000 active speakers to this day.

Nowadays, you will see a different symbol on the Esperanto flag, the Jubilee symbol. Nevertheless, the most common emblem of the latter is the green star (Verda Stelo) in a white square, surrounded by a green background. This flag was adopted in 1905 and its main purpose was to symbolize mutual recognition among Esperantists.

For our 6th flag on the list, we can’t ignore the flag of Pakistan, which has a nice message behind its emblem. On the latter, you will see a white crescent moon with a white star. The moon is supposed to represent progress, while the star represents light and knowledge.

The flag was adopted on August 11th, 1947 during the meeting of the Constituent Assembly of Pakistan, 3 days before the partition with British India. Since then, the Pakistan flag has been a symbol of freedom, commitment to Islam and to the Islamic world, as well as a symbol of support for the rights of religious minorities.

Nigeria is probably one of the most outstanding countries in the world, as it is believed that there are more than 520 languages spoken over there! Similar to the flag of Rotterdam, the flag of Nigeria is a Green-White-Green triband but in the vertical direction this time around. The famous triband flag was officially adopted in 1960 and is symbolizing peace with its central white band, while the 2 adjacent green bands represent the abundant natural wealth of Nigeria.

For our final flag, there are actually 2 different versions that you need to be aware of; the state flag and the civil flag. Saxony is a state of Germany, and its flag is represented by 2 equal horizontal stripes, one being green and the other one being white. It was officially adopted in 1815, but as mentioned above, it got a different version along the way. That’s right, the state flag also has the white and green horizontal stripes, but it also has the coat of arms of Saxony in its centre. The latter is a yellow and black shield with a band of trefoil leaves crossing from the top-left to the bottom right of the shield.

And that concludes the list of our favourite green and white flags. Of course, there are more flags using these colours, but this should give you a good idea of why the green and white colours are often used as the main colours of an emblem.